Professional architect, she turned to painting and “architectural portraiture” when living in London. Much of her work is in private collections, but several of her pictures remain in the house and others can be seen in her gallery in Manciano.

“My work intends to dress the bare wall in harmony with its architectural surroundings.”

An architect who turned artist when she realised that her clients were hanging her designs on their walls as works of art. Best known for her “architectural portraiture” in which she employed sharp lines and strong colours to striking effect. The star of show is the metropolis, imagined and portrayed with stark geometry. She also painted figurative subjects, though the approach was softened and less analytical. 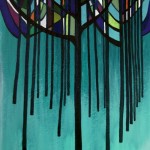 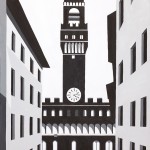 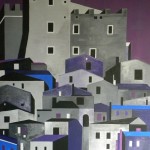 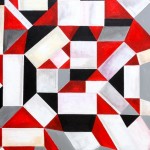 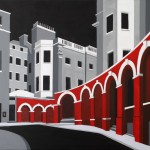 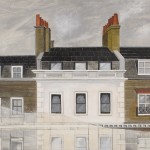 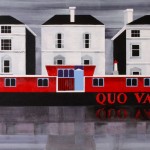 She worked in Italy after her return 2010 after six years in London until her death in 2014. Her work was principally dedicated to unearthing and interpreting emblematic examples of the man-made landscape in, amongst other places, London, Milan and Tuscany. The two largest pictures in the show are of La Scala Opera House in Milan and Giotto’s Bell Tower in Florence.