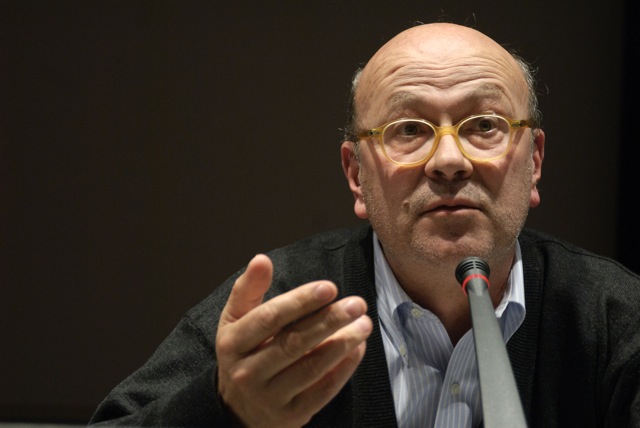 The final event of Maremma.TV of 2105 was the Maremma Lecture given by Sergio Rizzo, Editorialist of the Il Corriere della Sera, with the title Truth is Beauty from Keats’ Ode to a Grecian Urn. It took place in the Town Hall of Manciano during an event in memory of Gemma Detti, artist and architect.

As ever, Rizzo explains the uglification and brutalisation of the Italian built environment and its landscape (theoretically protected by the Constitution of 1948) as a result of the corruption and short-sightedness od the political classes, but he lays the blame on the citizens (the nation gets the government it deserves) at all levels. The periphery of Manciano is as dysfunctional and as unsightly as that of Rome or Palermo, yet the Maremma is promoted as a land of uninterrupted natural and man made beauty.