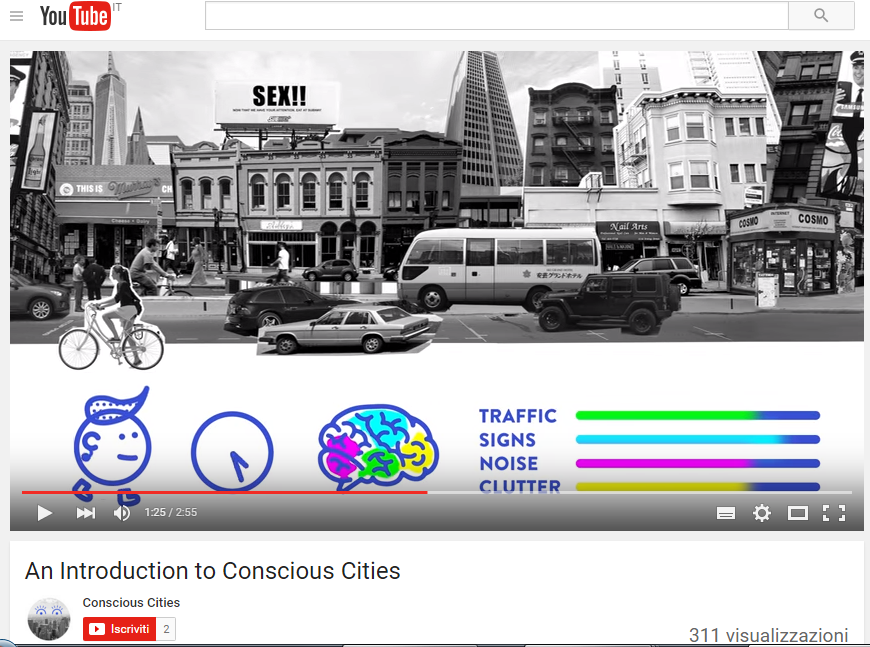 I liked the sound of the “Conscious Cities”; I thought/think it should mean the use of our collective intelligence in the responsive management and shaping of our “urban experience”. I still like the idea, but that’s not at the heart of the concept here.

An example “For example, urbanites walking busy streets often experience “cognitive load”. A product of heightened stimuli, this is known to diminish our attention capability. Contemporary theories concerning the long-­term effects of growing up in an urban environment suggest it hampers our ability to handle stress, and might make us more susceptible to a range of psychological disorders.” (to quote a Guardian article by Architect Itai Palti and neuroscientist Professor Moshe Bar) My own view is “One man’s excessive cognitive load, is another’s fun day out at the Notting Hill Gate Carnival”.

The Guardian article ends “A conscious city could combine cutting-edge data, technology and planning techniques to address stable patterns of behaviour such as the flow of people to workplaces, while also reacting on a short-­term basis to contexts such as a street concert or sports event, by temporarily adapting the streetscape.” I can live with that. It’s true enough for any old city. In fact, it’s what cities do already.

But the video ends with “We should make sure that new knowledge is used right so that our cities become healthier, more inclusive and democratic … and we can do this by building conscious cities”. This does not sound right at all, if we are talking about hard-wiring “contemporary theories” into the built environment. That is not consciousness. It’s condescension.

I note that at the Conscious Cities conference at ARUP on March 1st, there is no one who represents a city or a group of citizens, or anybody who can talk about citizens’ rights, duties or expectations. That’s not a problem … unless you say (as you do) that CCs lead to greater democracy.

From YouTube:
Conscious Cities is the concept of urban environments that are responsive to our needs through data analysis and the application of behavioural science in architecture and planning.

Based on a Manifesto for Conscious Cities
http://www.theguardian.com/cities/201…